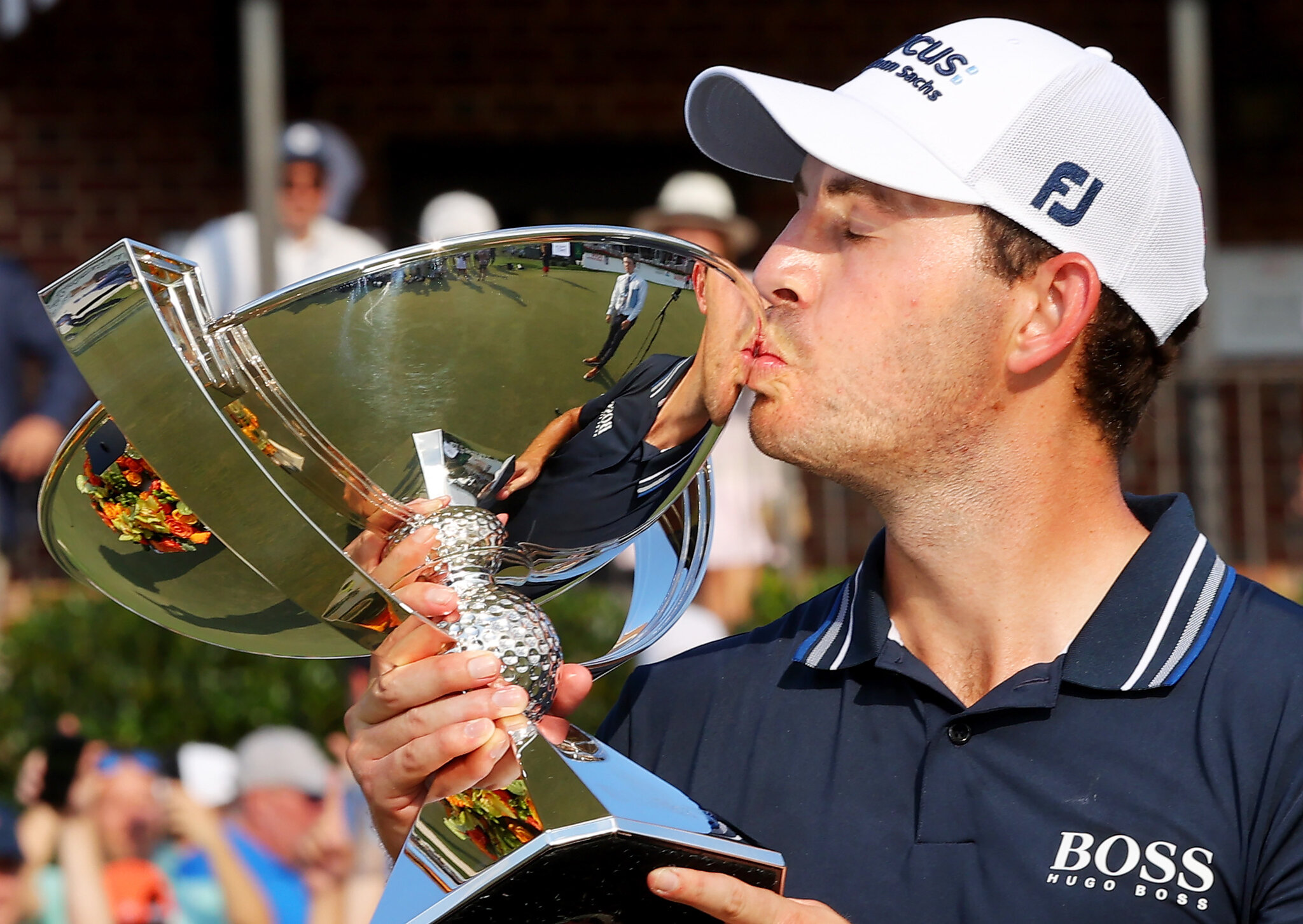 We'll get my FedEx Cup takes out early here before jumping into what was ACTUALLY the biggest story in golf last week.

Patrick Cantlay capped a wire-to-wire victory in Atlanta last week to take home $15 million. And for my favorite stat breakdown of every season, his total earnings came to $4,401 earned FOR EVERY SHOT he swung this season.

Here are my issues.

Look, Patrick is fine. I have no real issues with Patrick. But that's part of the problem. He's like Buster from Arrested Development, a Milford Man, hiding behind the wall trying not to be noticed.

Which leads me to the other Patrick problem... here is what the internet returned when I simply Googled "Cantlay". 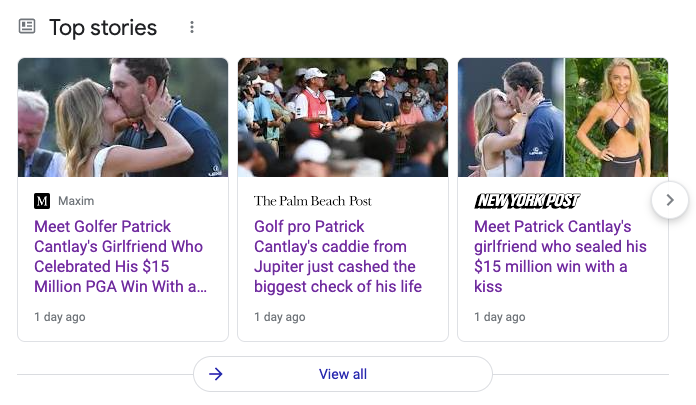 Top stories are how much of a bombshell his girlfriend is (x2) and then a Palm Beach Post feature on HIS CADDIE!!!

The girlfriend stuff, sure, I get.

But even his caddie earned more top stories than him.

For a tournament with truly obscene amounts of money on the line, listening to the broadcasters casually discuss a putt on 18 costing golfers $500k+ due to them finishing T5 instead of T6... really harshed the mood.

And I'm having flashbacks to the same reactions last year when DJ won the whole thing and people were just like, cool, $15M.

Show me a stock ticker on the course, putting up bright red numbers next to golfer's names as a putt missed on the 16th just cost them a place in the standings and $300k in their pocket.

Which leads me to...

The PGA Tour Is Getting the F1 Treatment
NETFLIX, YOU RASCAL, YOU DID IT AGAIN! 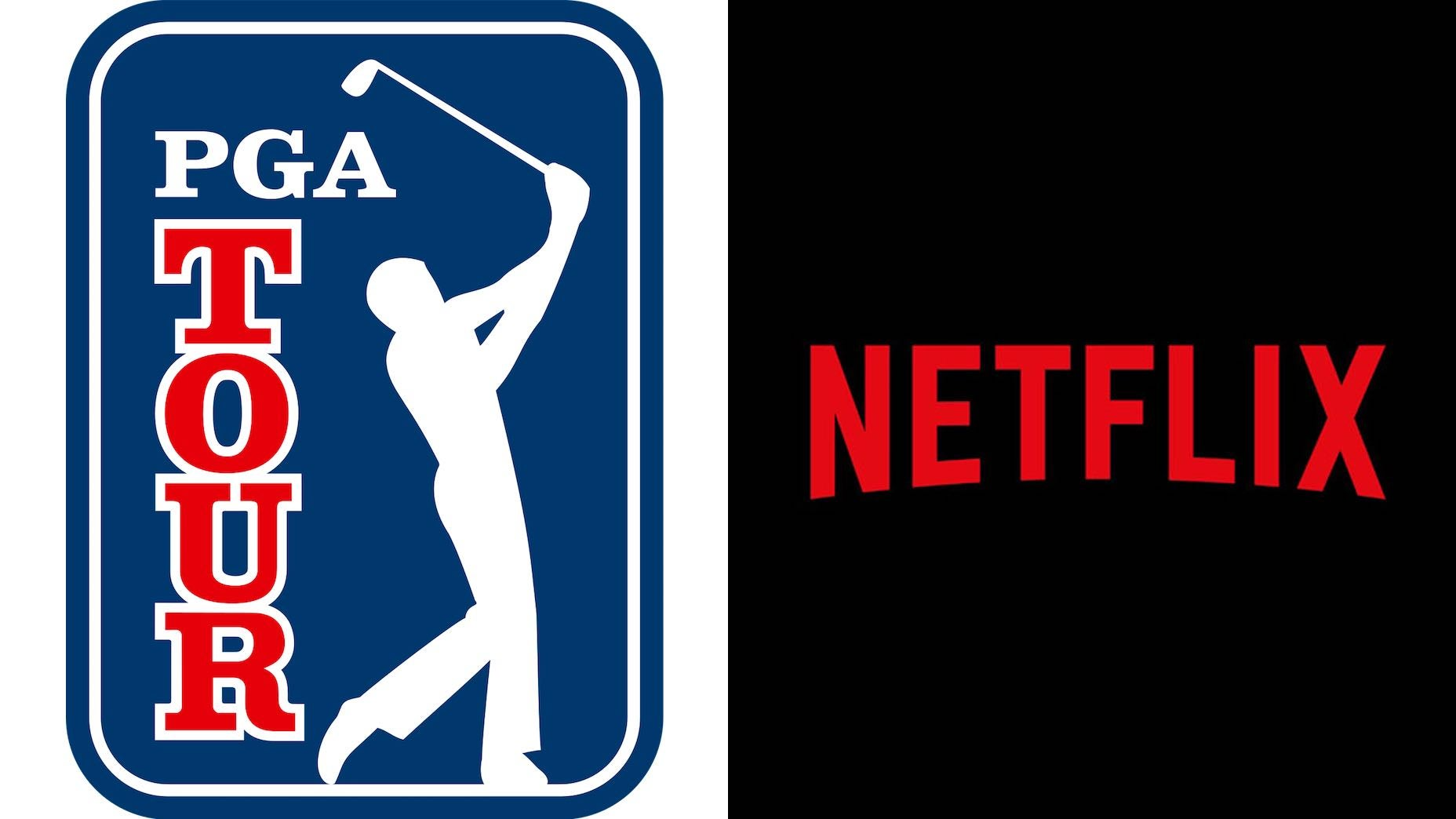 Last week, Netflix announced a new show by the same company who produced "F1 Drive to Survive" but this time they're pulling back the curtain on the PGA Tour.

This is not a drill!

I know I'm wayyy late to the party here on F1, but binged the absolute hell out of all three seasons over the past few weeks and I'm already recording qualifying heats and 5a pre-shows for the Sunday races. I can not get enough.

And the idea that the same drama-pumping team behind the F1 series is going to tackle the PGA has me on cloud nine.

So to celebrate, I'm going to give ya a little side-by-side, F1 meets the PGA mashup. 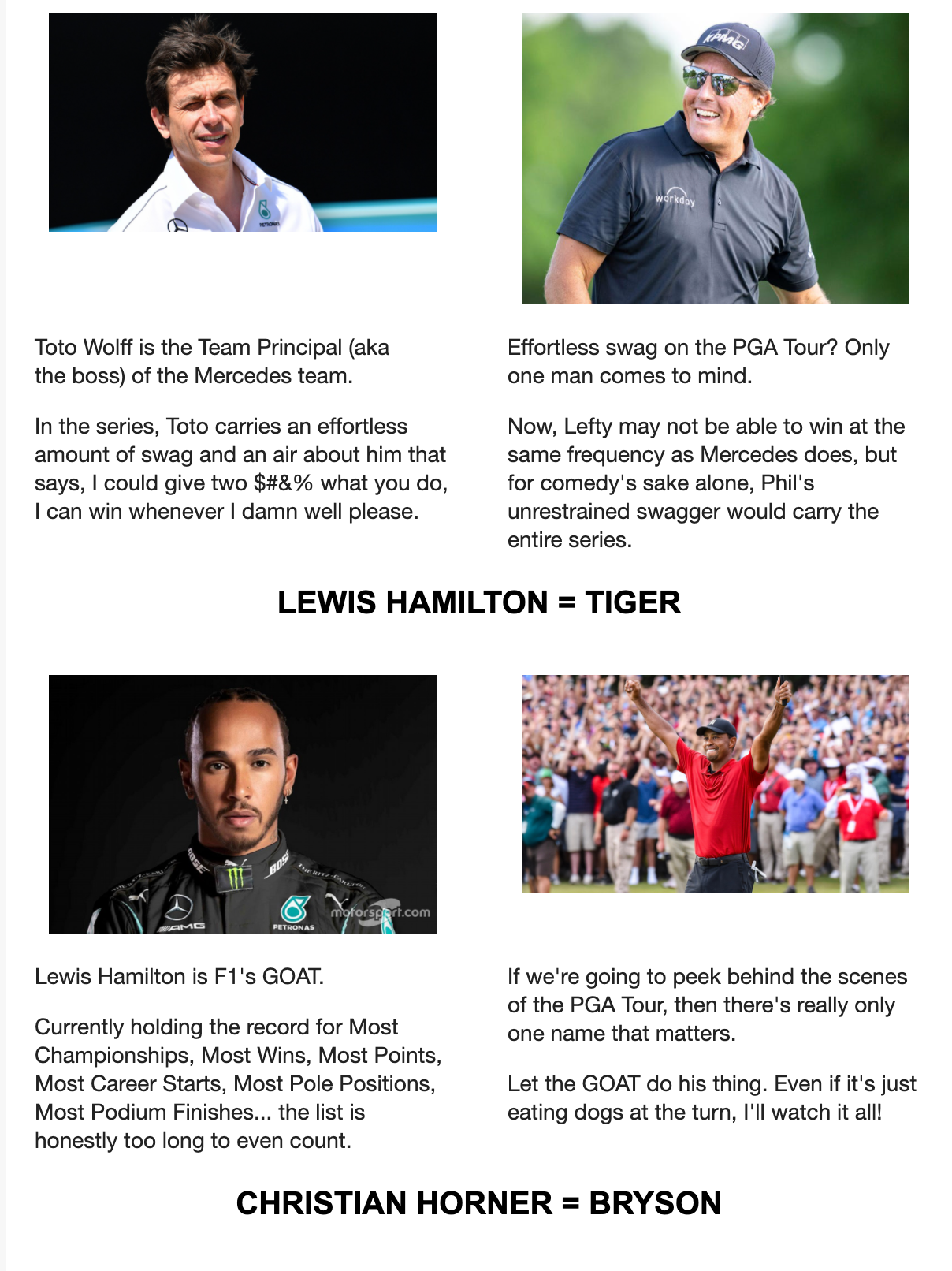 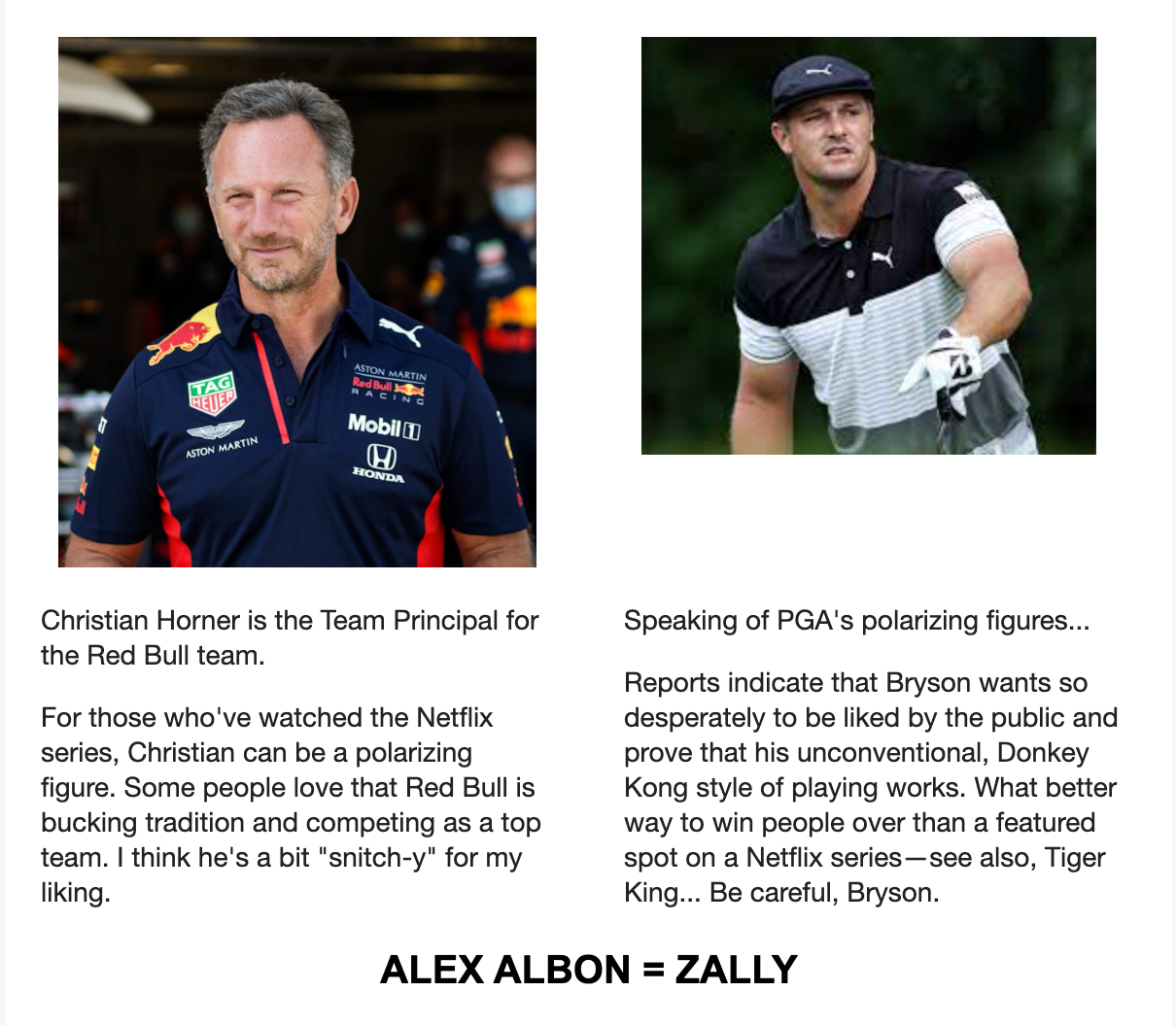 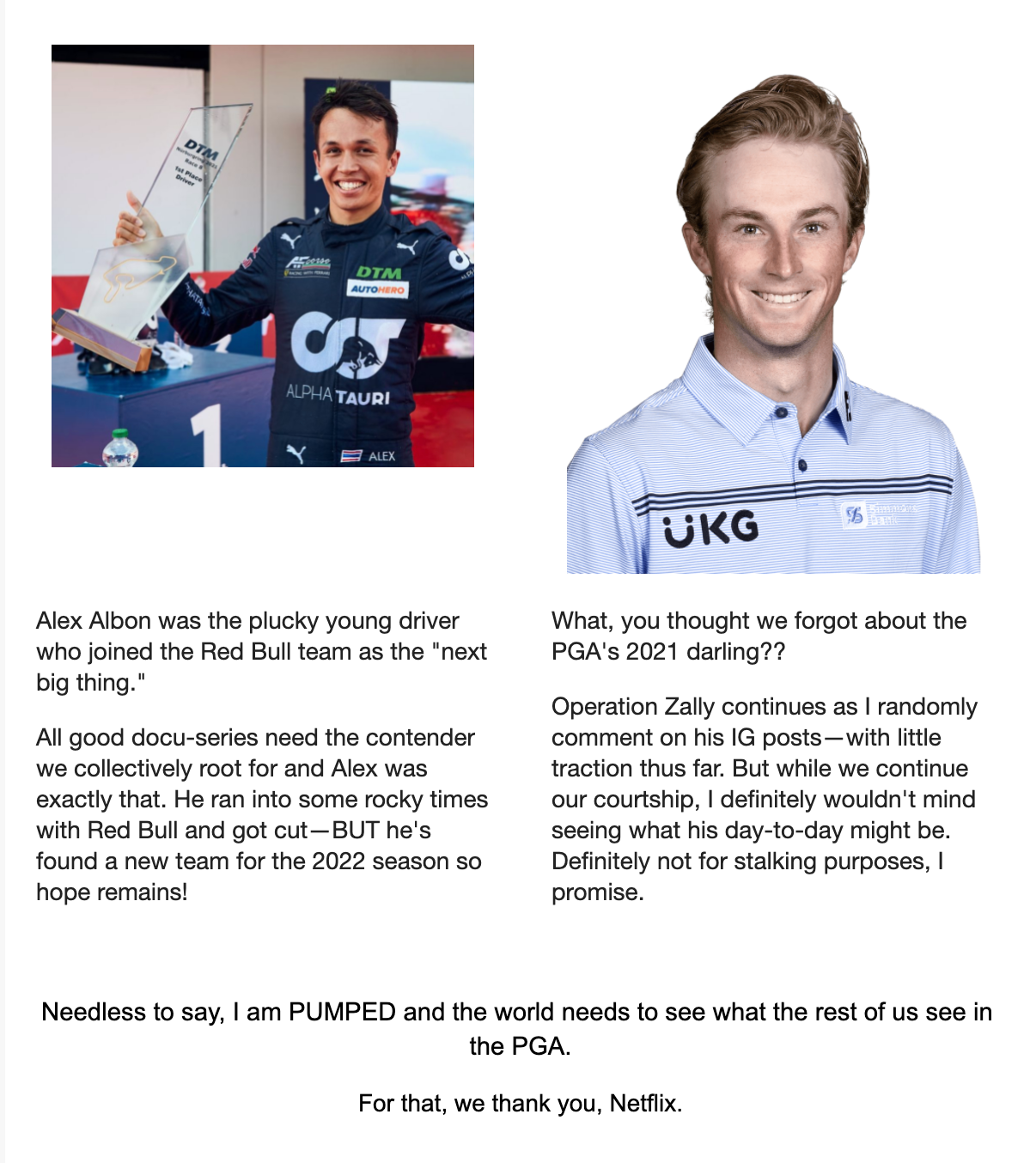