THE PATRICK-SIZED ELEPHANT IN THE ROOM 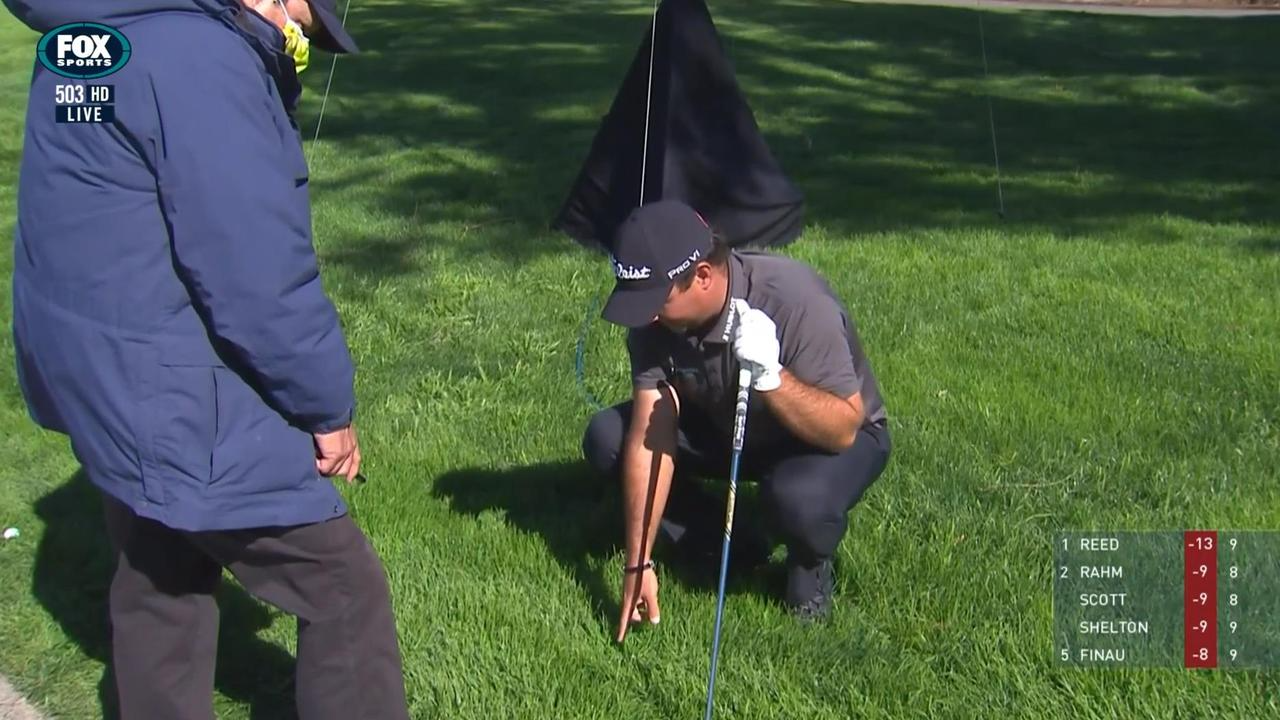 The scene of the "crime" was the par 4 10th where Patrick took a plugged drop—but decided to pick the ball up first before allowing the rules official to come over. Viewers (and pros) balked because replays showed the ball taking a one-hop, but in the moment, a nearby official said they didn't see a hop... and honestly, we're bored by this already...

It appears we may have a little shadow Twitter scandal on our hands!

Yes, rumors have swirled for over a year now that Patrick Reed secretly runs another Twitter account called @useGolfFACTS which - besides it's really odd use of title caps - tweeted this exact same message comparing his drop to Rory's and the timestamp is only minutes prior to Patrick's official account.

Which got us cooking up a little conspiracy ourselves. The word for word tweet seems super sus and, in the past, the account has seemingly taken Patrick's side on quite a number of controversies.

But the REAL eye-opener comes when we breakdown the username into the most obvious acronym...

(THE FOLLOWING NOTE IS ONLY FOR PATRICK REED. OTHERS CAN CONTINUE ON TO THE NEXT SECTION.)

Patrick, if you are interested in setting the record straight, hit us up. We can send the BBTV boys your way.

If we do not hear from you, then we will continue to assume that we have unearthed one of the greatest golf Twitter conspiracies of modern history. Ball's in your court, buddy. 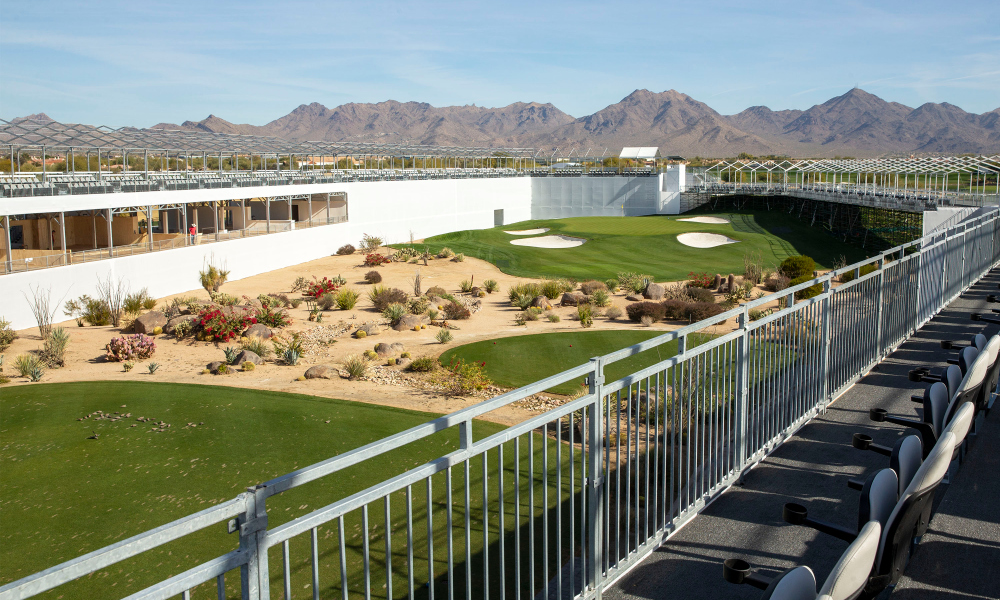 Pour out your Mikky Selzters for this weekend's Waste Management Open—which will have a sadly (but understandable) subdued atmosphere this year. The famous 16th stadium setup is only one level and total fans in attendance will be around 5k.

And TIL that it takes them over 2 months typically to construct "The Coliseum".

TI(also)L that you can hit the green on this short par 3 with your driver... if you have the skillz of Bubba that is. 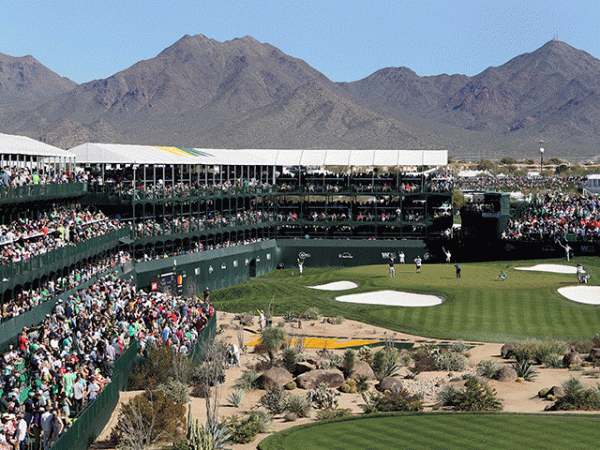 Until next year, old friend. In the meantime, here's a pretty killer flex by Andrew Magee at the 2001 Phoenix Open where he pulled off the classic "I'll never reach that green" par 4 dance... then HOLED IT RIGHT IN THEIR FACES. 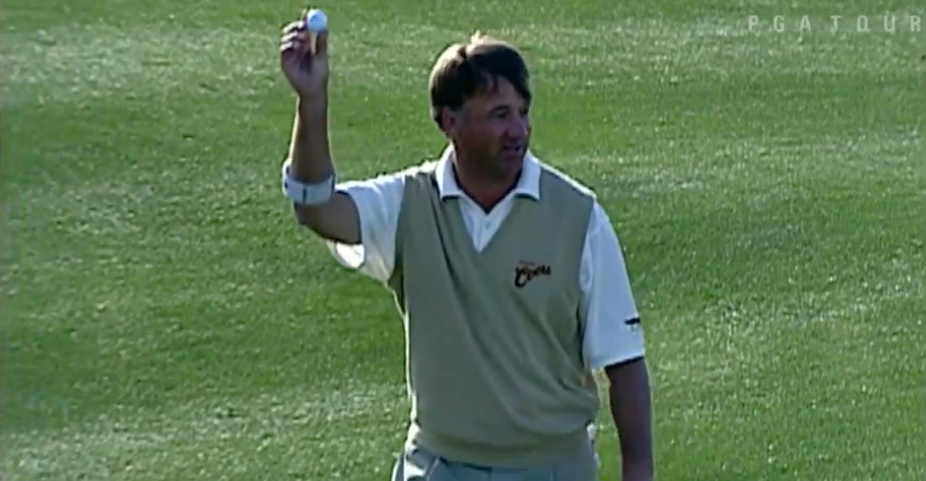 In fact, Andrew even banked it off the other dude's putter to sink it. "Sorry guys, I never hit 'em that long. But did you by chance see a ball roll through here?" - Andrew (probably)

HALF A MILLY—FOR THE POOL?! 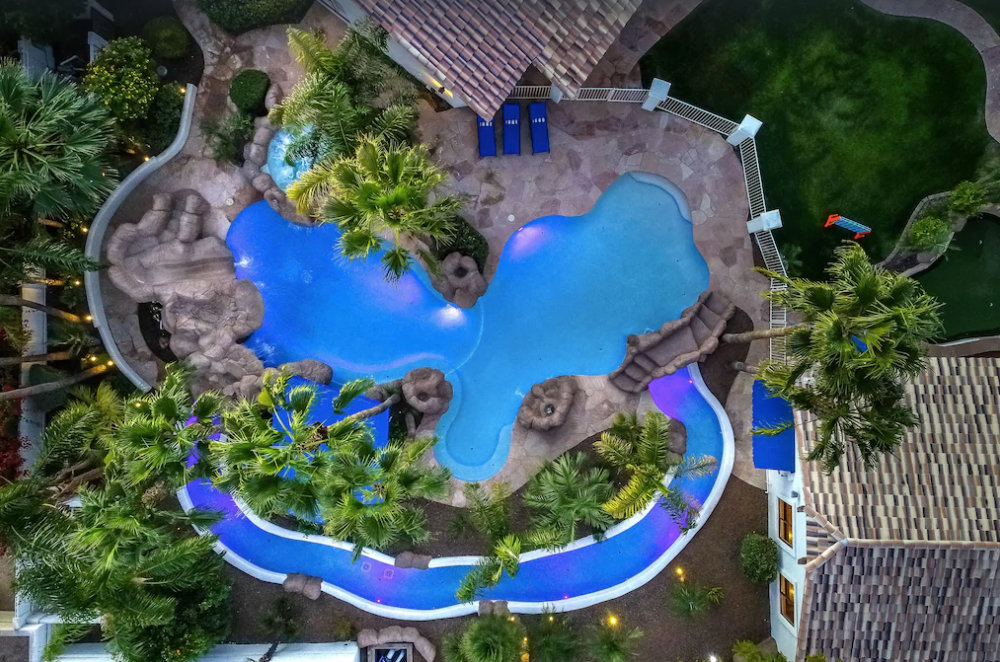 Not ones for modesty, this 7 bedroom stunner in the Arizona heat leads their VRBO listing by letting you know just how many M's they've got in the bank account.

The star of the show is for sure the half a million dollar pool with lazy river that was rated #1 in Scottsdale. Apparently something that gets voted on in Scottsdale...

Plus, it's only 4 miles from TPC Scottsdale so the race is on for who can snag this one for next year's tourney.

(Actually, urban legend has it that if you say the word Scottsdale three times in front of a mirror, the BBTV fellas will appear behind you with crazy ass golf tips, a hot dog to taste and an offer to play the second hardest hole on the course of your choosing.)

FINALLY PLAY BALL IN THE HOUSE 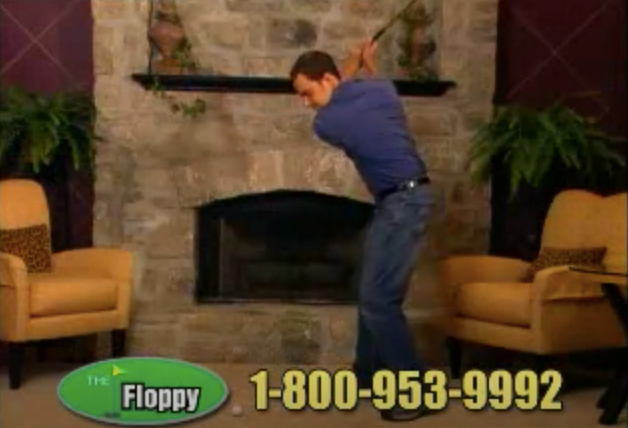 Today, in old golf infomercials, we found this revolutionary golf ball tech that allows you to smack around every shot in the bag... from the comfort of your living room.

The Floppy is an at-home practice golf ball that promises no breaks, no dings, no mess as you take full cuts in front of your delightfully dated fireplace that actually could be the set of Between Two Ferns.

A quick search reveals they are very much in business still but, uh, maybe aim for something that's NOT glass just in case. The sounds we're hearing from this YouTube video don't give us a ton of confidence for when we bust out the Phil-level bombs.

This Vice News segment profiles the "PGA Tour of mini golf" and some highlights of the festivities include:

Past champs in both mini golf and baller names: Rainey Statum and Jay Klapper.

This guy stretching before his round... STRETCHING. 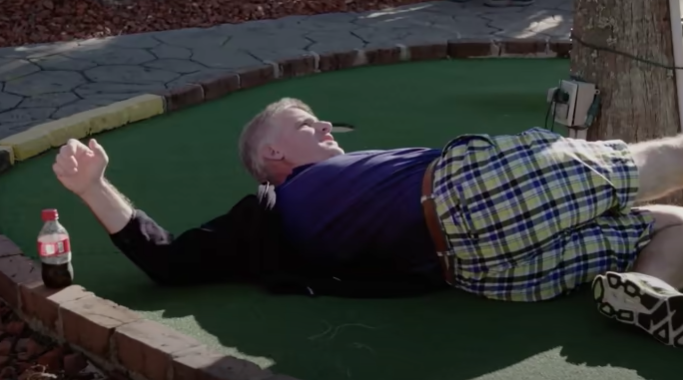 The founder's son kicking off the festivities each year by singing the national anthem. 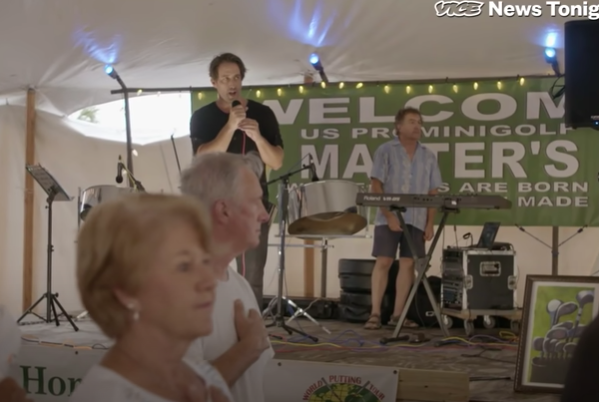 And the founder proclaiming that the only thing holding them back from going truly mainstream... is a corporate sponsor.

CHAPSTICK: THE PINE TAR OF GOLF?

From the elevations of Utah to the frigid depths of, well, most of the country—chapstick can be your best friend.

But did you know chapstick can also be used to help straighten out those drives? Neither did we, which is why BBTV's Krooks Boepka is back with a new Swings Tip.

It's feeling a little bit "pine tar"-y but hey, wherever Krooks goes, we will follow.

Want to re-heat some leftover Breakfast Balls? Check out our blog and dig in. 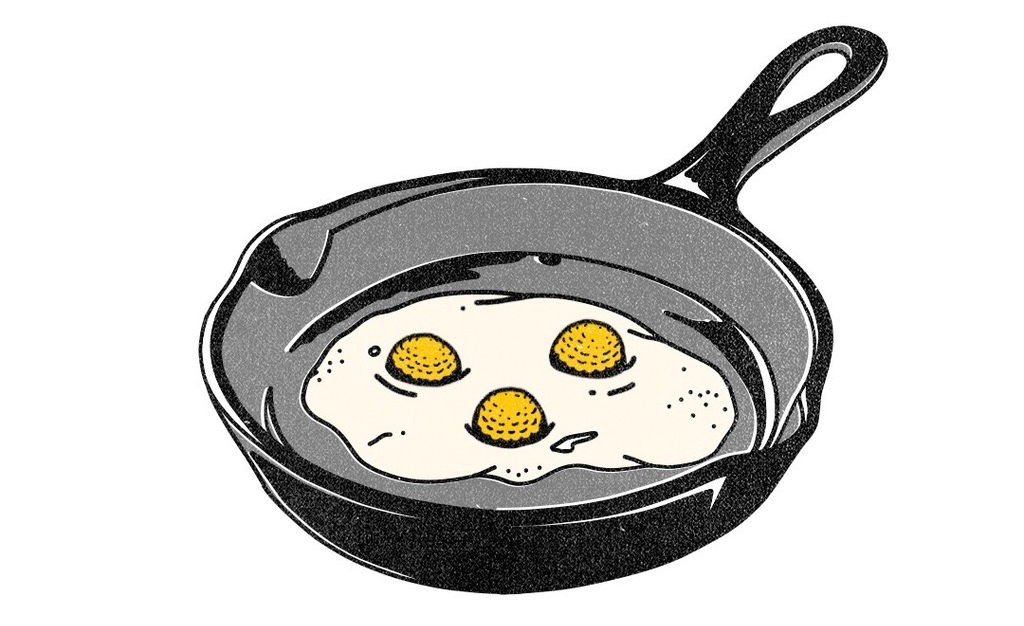