Welcome to the show, Akshay
CHILDREN OF THE KORN 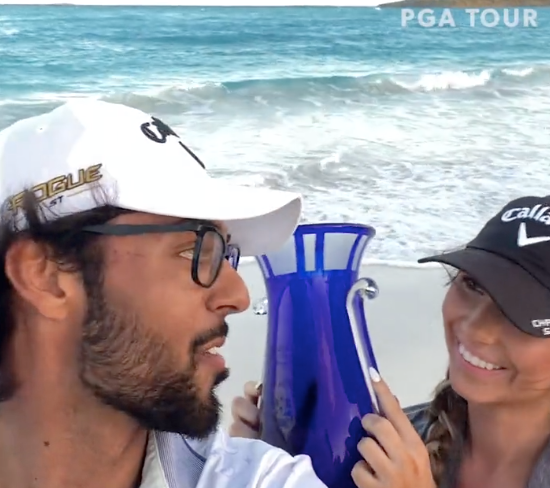 If you don't know, now you know.

The name is Akshay Bhatia, the 19 year old champion of the 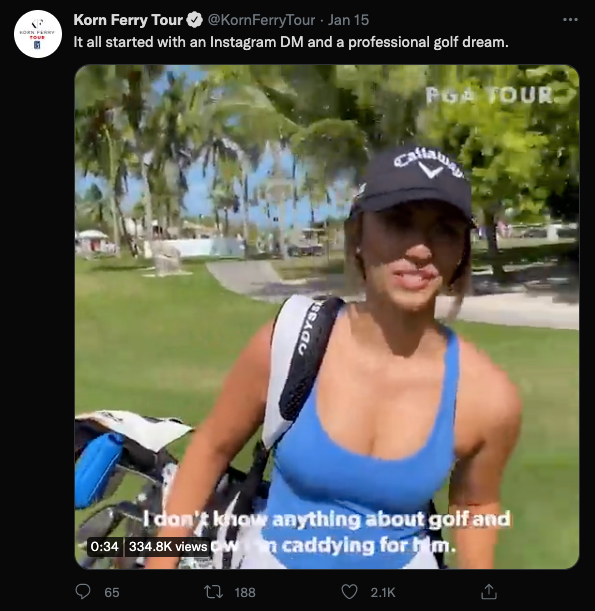 Hold up, what's this story now?

The idea of a girlfriend on the bag is certainly nothing new as dozens of golfers will tag in their sig-o when their primary caddie is on the IR, or just because. Lee Westwood, we see you.

This story, however, about Akshay's girlfriend Presleigh joining him in the Bahamas hits a little different.

Apparently (what—you thought the new year meant no more Apparently kid?), Akshay slid into Presleigh's DMs during the Valero Open last year, she grabbed the bag and the rest was history.

Now, look, I originally met my wife through a dating app. So far be it for me to pass judgment on the modern era of dating—but WOW what a leap of faith for my guy, in the era of ghosting, to not only lock down a girlfriend via DMs but ALSO ask her to be his caddie despite no golf experience.

AND THEN WINNING THE THING!?

Pay off it did, Cotton!

A giant spotted in the California desert
FEE-FI-FO-DAMNNNNN 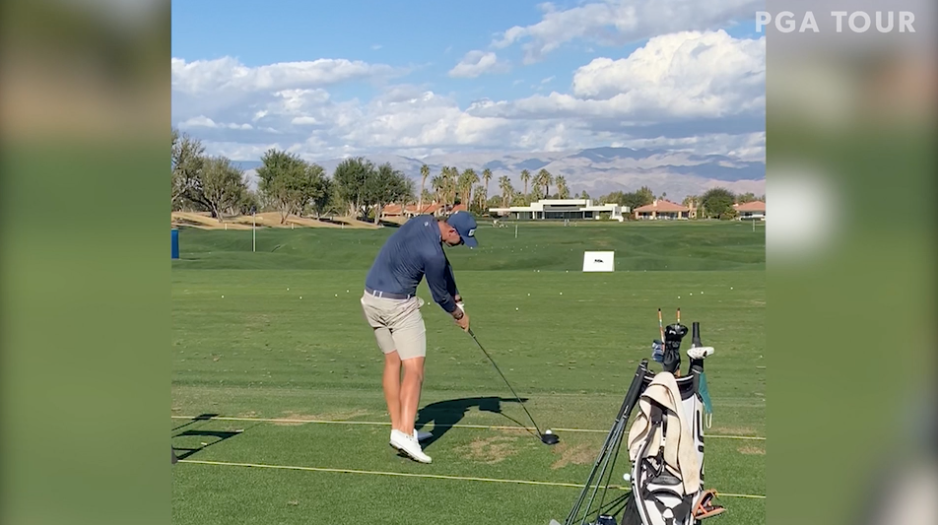 Truly miraculous that this week's top golfer stories involve two different people not named Phil, Brooks, Tiger or Bryson. And for that, I am very thankful. Love those guys, but variety is the spice of life people. And I'm tryin' to cook some gumbo here!

This California Redwood of a man is James Hart du Preez. The 6' 10" (though some publications are quoting 6' 9"... CONTROVERSY!) South African playing this week's Amex Open who led the Sunshine Tour in average driving distance at 373 yards!

The Sunshine Tour is based in Africa and most courses play at serious elevation so 373 is a tad bit misleading but hey, if it makes Bryson try to research how to synthetically get taller to help juice his own driving stats then I won't say anything if you won't. Deal?

Welcome to the Pub Course! Now, we're talkin'.
OF COURSE THE WEIRD GOLF COURSE IS NEAR PORTLAND... 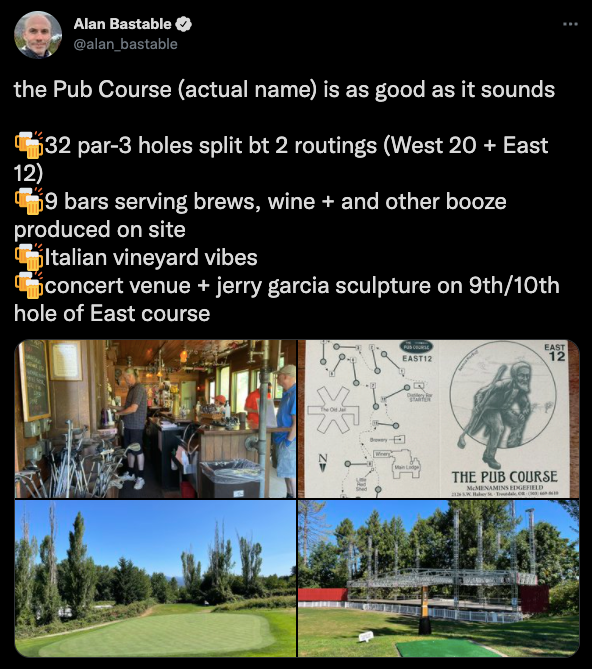 Going to leave this out here as inspo for the LinksDAO community as they consider where to buy a golf course/what style course to build. (Also, the latest L I am eating on LinksDAO news... Steph Curry just invested. My crypto country club take is getting colder and colder by the day.)

Annnyyyyways, Golf.com put out this pretty interesting feature on a golf course based outside of Portland.

It's 32 par-3 holes... across two courses... with bars everywhere on-site... a concert venue by hole 9 AND features a hidden statue of Jerry Garcia—because, deadheads.

Would love to hear if anyone has played this place before—drop me a line if so. Otherwise it's just another lesson in making golf courses accessible and relevant for everyone.

Sure, our jolly giant friend from South Africa probably wouldn't have a great time out here but I sure as hell would.

A pint, a pitch and a putt sounds ideal right now. 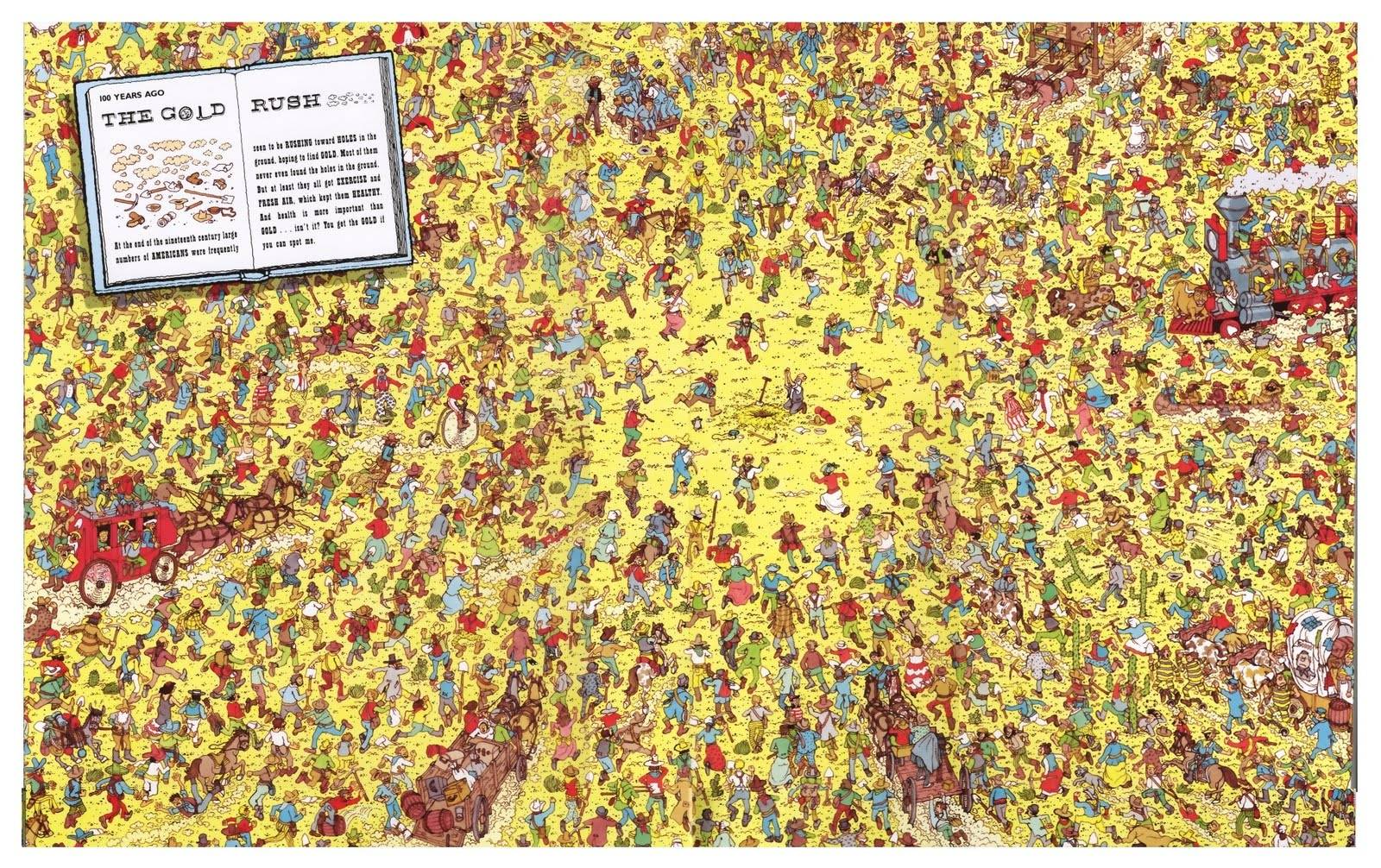 The PGA Tour returns to my neck of the woods in San Diego next weekend and I am PUMPED.

For a little tour of my hood - I refer you to our US Open issue last year where I called out of a few of my favorite spots around San Diego. 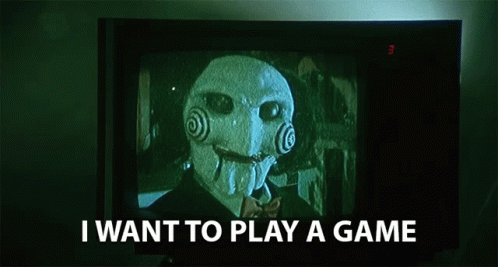 As I teased at the top—I want to play a little game for any Breakfast Balls enthusiasts who are planning on going (or watching).

The game is simple: Where's Waldo aka Where's Scott

I will be putzin' around the Farmers Insurance Open at Torrey Pines on Friday, January 28th.

Your mission, if you choose to accept, is to do one of two things:

1) Find me on TV, send a screenshot/picture of me in the crowd and I'll send back an exclusive discount!

LINK TO EMAIL ME HERE

2) Find me IRL, post a picture of me (or us! come say hey!) and tag @badbirdiegolf. Anyone who can pull off the IRL meetup— gets a free polo!

I'll be wearing one of my all-time favorite polos—the loud and lovely LaLaLand. 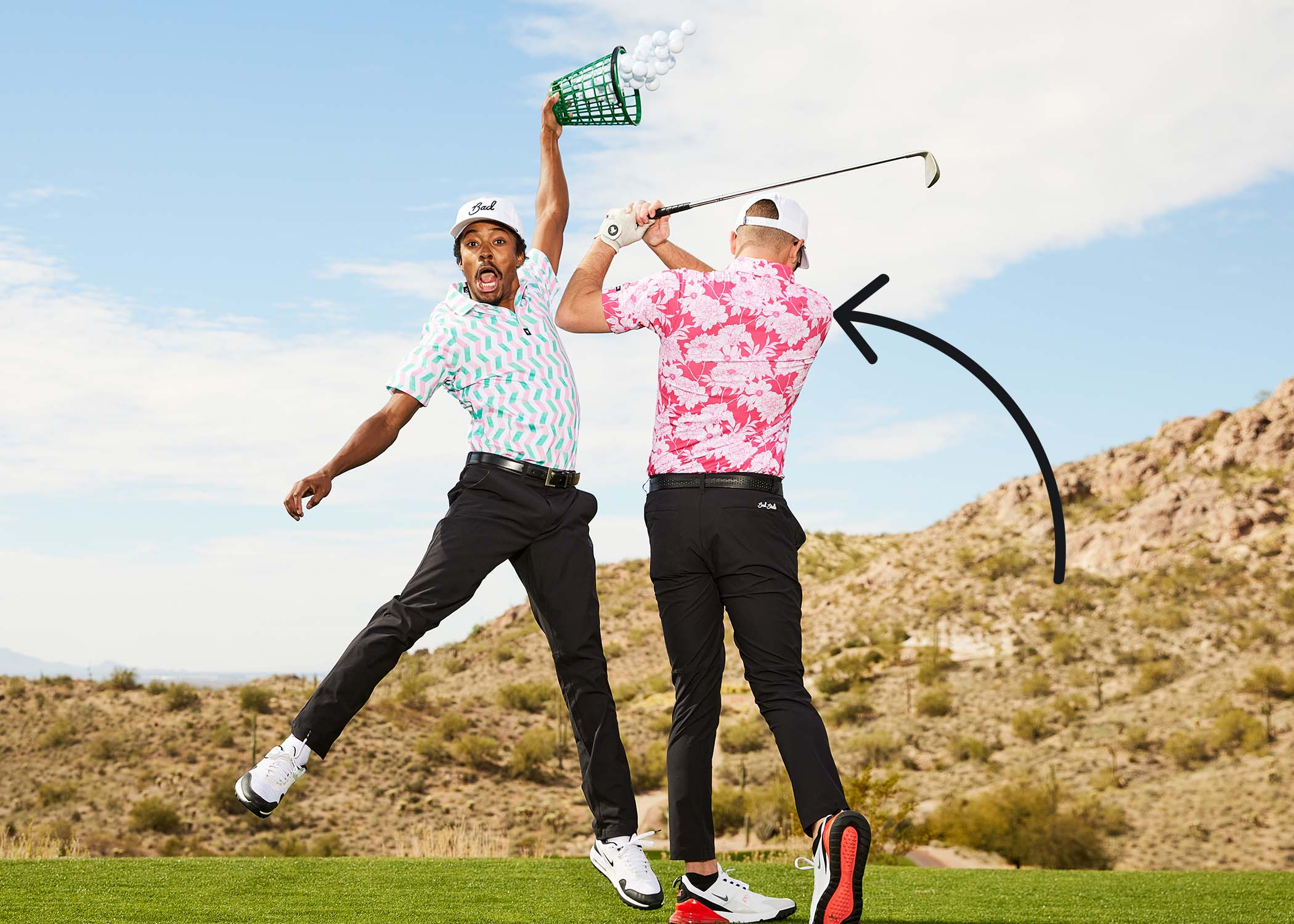