Take a look at banner, Michael!

*Chef's kiss* - I don't know what I did to the graphic design team to deserve the new banner lewk but I am very much here for it. Thanks guys!

Even people who have been living under a rock likely heard the Tiger news this week.

As it turns out, his little press junket of the last few weeks was less Tiger getting bored of not being in the news and more of him preheating the oven for the all-out feast we will be getting next weekend at the PNC Championship.

Leave it to Tiger to take a "hit and giggle" tourney and turn it into the must-watch event of the holiday season.

For as far as golf has come in the last decade in folding in exciting new talent and breathing life into the tour for anyone not named Tiger—only the legend could stir up more buzz for him and his son knocking some shots around in a father-son tourney than Bryson and Brooks did for The Match: ZZZZZZ. 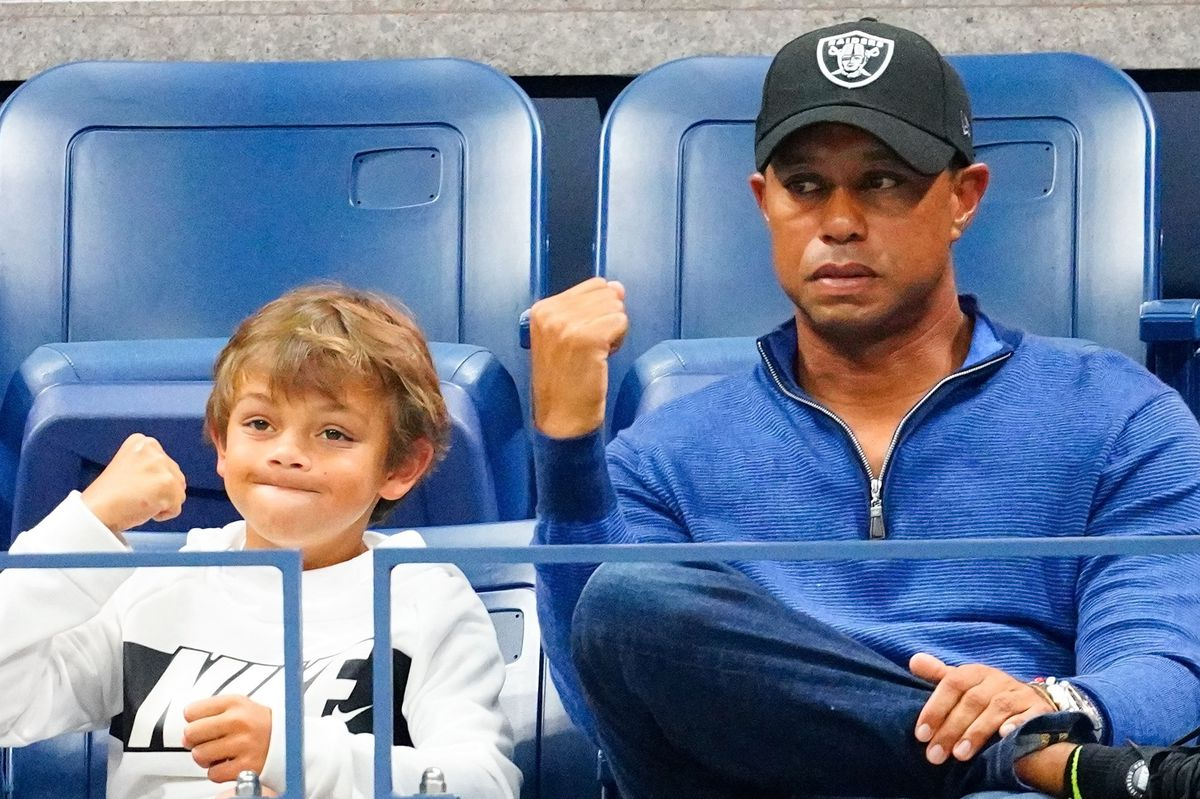 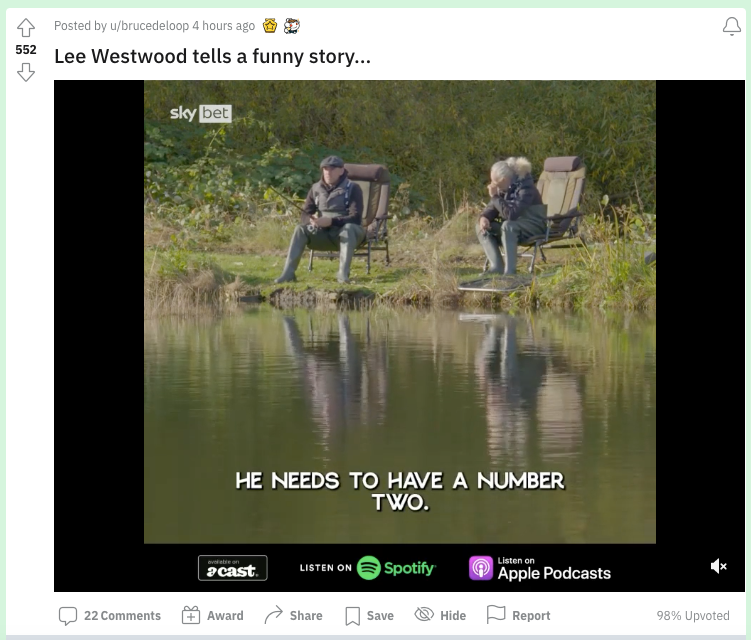 .Before I dive in... Europe is friggin' WILD on the content.

This clip appears to be from the Sky Gambling network Sky Bet—and the show might just be two dudes fishing and talking. That's it. Meanwhile FOX is out here creating acid trip level singing competitions for digital avatars... different strokes, different folks.

Anywho, Lee Westwood recounts a new-to-me tale of when his caddie had a little run-in with Tiger in the bathroom before the 2002 Ryder Cup.

And I won't spoil the punchline but I promise it's worth the watch.

For those looking for a quick read, file this Ringer article about Kenny G golfing under TL;DR.

For those looking for a lengthier read to distract from a Friday morning spent working instead of being on the course... buckle up.

Easily the most startling anecdote of the piece comes courtesy of Kenny G himself, who after ripping a 285 bomb at Sherwood Country Club in southern California proclaims that at 132 pounds he is California's best pound for pound driver.

To which I ask, why qualify that statement with just California? Who does Kenny G know in Idaho that hits further at such a light weight. What a Kenny G kind of flex.

And the rest of the article goes on to detail exactly how "Kenny G" of a golfer he is. The man has effortless flow and swag that a guy like myself could only dream of. But ultimately, he's still kind of a square and the tale Paul Thompson (Ringer's writer) tells of a day on the course with Kenny... is square'sville—population Kenny.

It sounds like before and after every shot, Kenny narrates his inner monologue about minute physical changes and the swing thoughts he wants to see. The kind of minutiae that would have Larry David groaning seemed to carry right into the clubhouse after as he recounts the exact shots he wishes he could have back. We've all played with a "Kenny G" before and let me say, nothing harshes my mellow more than a Kenny G golfer.

Hole in one? Easy.
ZALLY DOES IT AGAIN 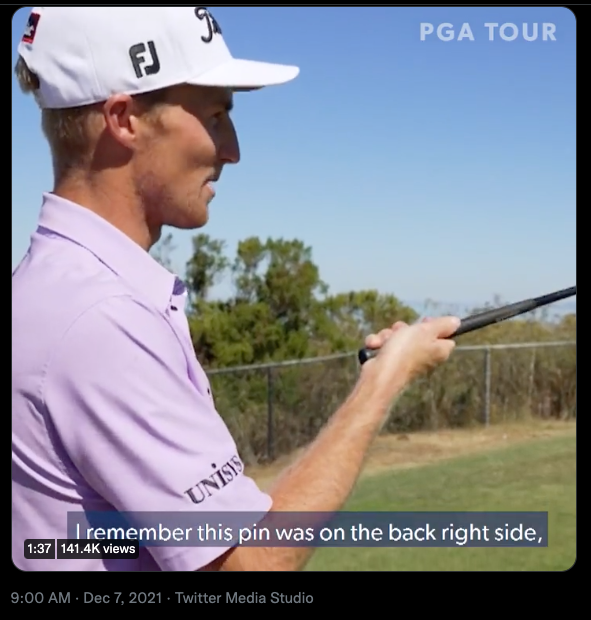 The purest content you'll see today. Zally goes back to the scene of his very first hole in one... at age eight... jerk... and tries to hit one again using the same junior club.

Spoiler alert—it didn't seem all that hard for him. 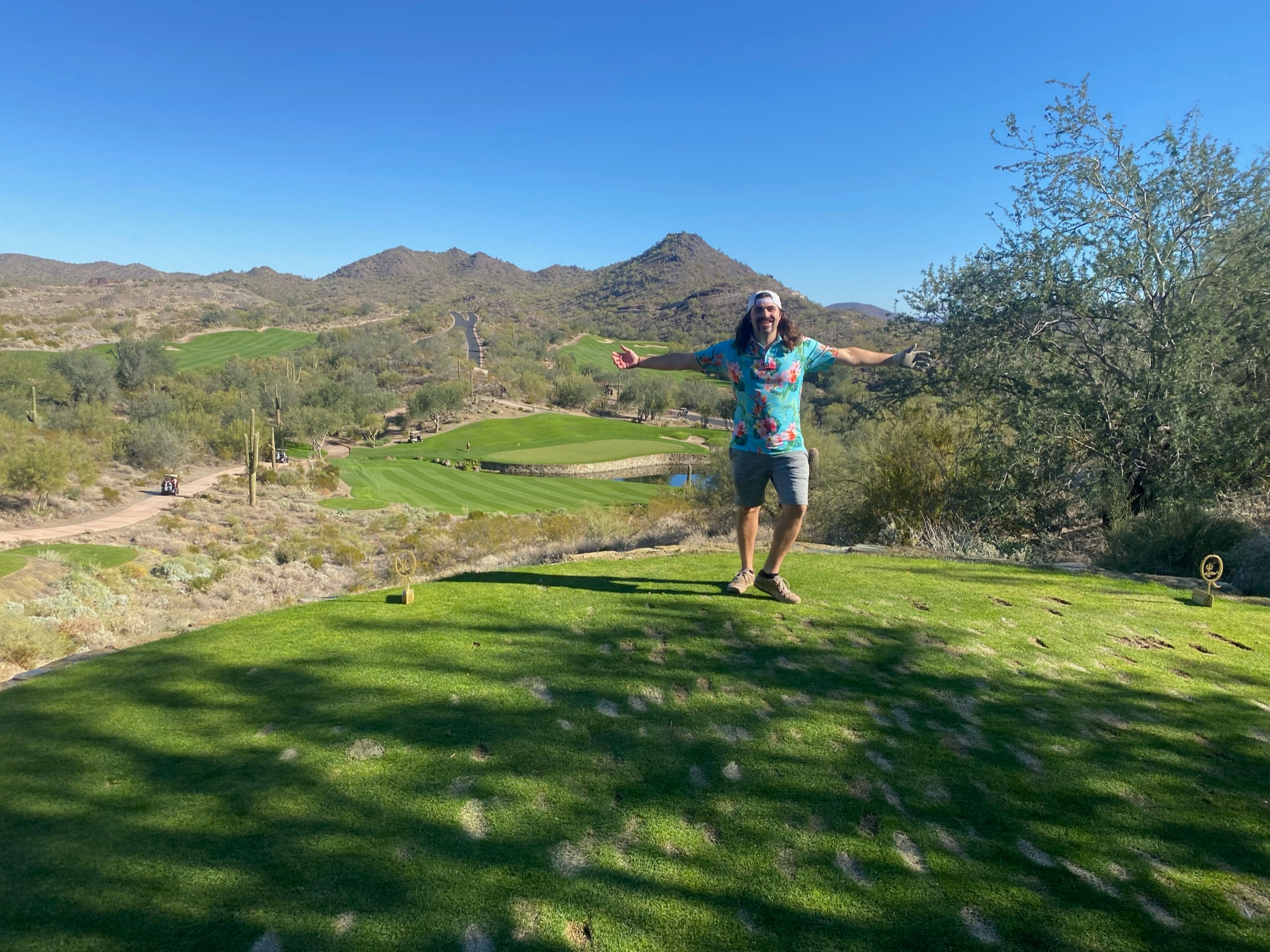 There is a LOT more content to come from the inaugural Bad Birdie #CondorCup that took place last weekend at the absolutely STUNNING Quintero Golf Club in Scottsdale, AZ (actually it's in Peoria but who the hell knows where Peoria, AZ is...).

my friend, my fellow Tiny Putter,

who hit a HOLE IN ONE... during the Condor Cup competition... as Bucket Hat "Don't Be Jelly" Bill and Krooks "Oh, I'll Just Hit My PW 180 Yards" Boepka watched... and turned DOWN a celeb shot in the middle of his back swing, saying "Don't need it"... before one hop and rolling his shot directly into the cup on this 180 yard downhill par 3 9th.

Step aside El Tigre, a new legend has entered the chat.