In honor of our release... and then almost immediate sell out... of our latest Ladies line. This week's Breakfast Balls is for the Ladies! 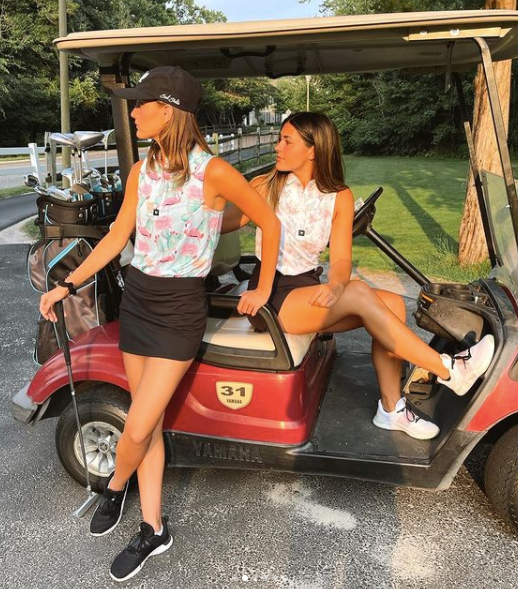 We heard you loud and clear though and will be back with PLENTY more for the holidays so stay tuned!

E-A-SPORTS. SHE'S IN THE GAME! 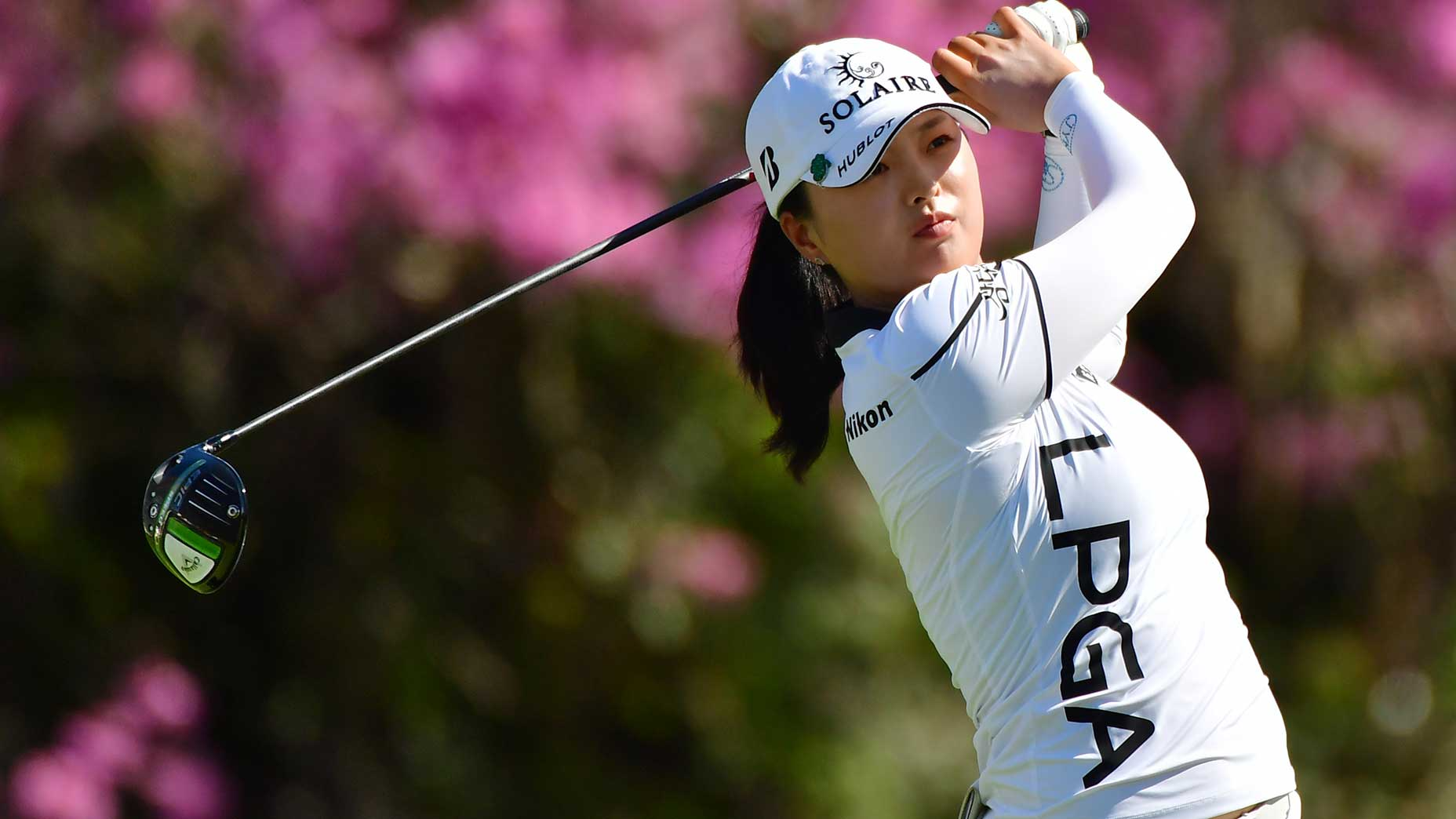 EA Sports announced this week that, for the first time ever, LPGA pros will be included in their upcoming re-launch of the famed PGA Tour video game franchise.

While the main roster of players is still to be released, EA confirmed that World #2 Jin Young Ko will be included. A strong start. Now give us the Kordas!

Plus, EA also announced they will be featuring the first female announcer on the game. None other than Sky Sports and GolfTV announcer Iona Stephen.

Not quite sure if this is even a hot take, but I will prefer Sky Sports announcers to ESPN announcers 10 out of 10 times. And it's probably all because of the accents. Classy.

LPGA Superlatives
MOST LIKELY TO... MOONLIGHT AS A CHIEF STEW ON BRAVO'S BELOW DECK? 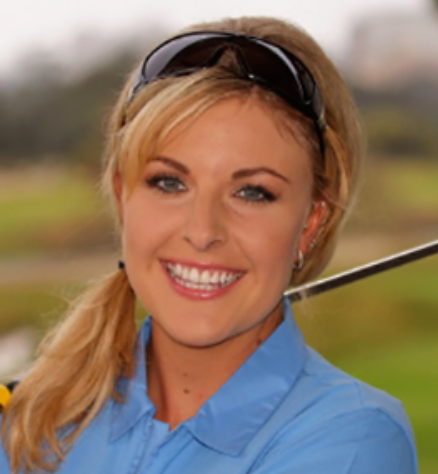 (P.S. How about Roy Orbison Jr. this past week on Below Deck Med?? Rockstars gonna rockstar I guess.) 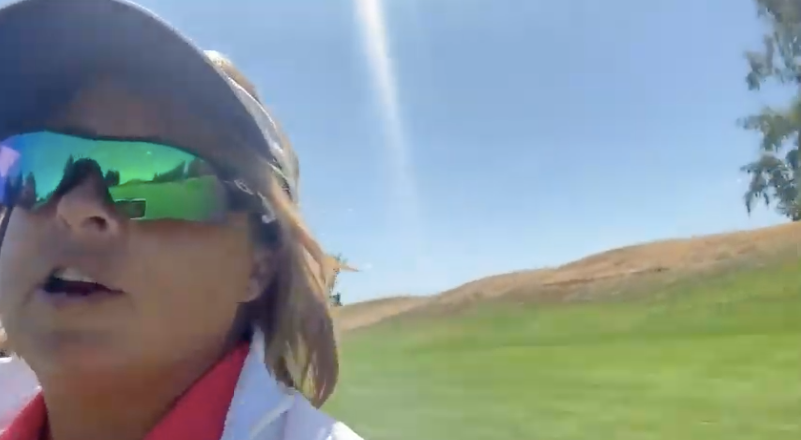 The wife tipped me off to a comedian named Becky Robinson, who has this INTENSE golf character she does that truly gets me every time.

If you need a little comedy break, let this YouTube vid run and enjoy.

Plus she gave me one of my favorite celebration slogans:

Checking in with the Champ 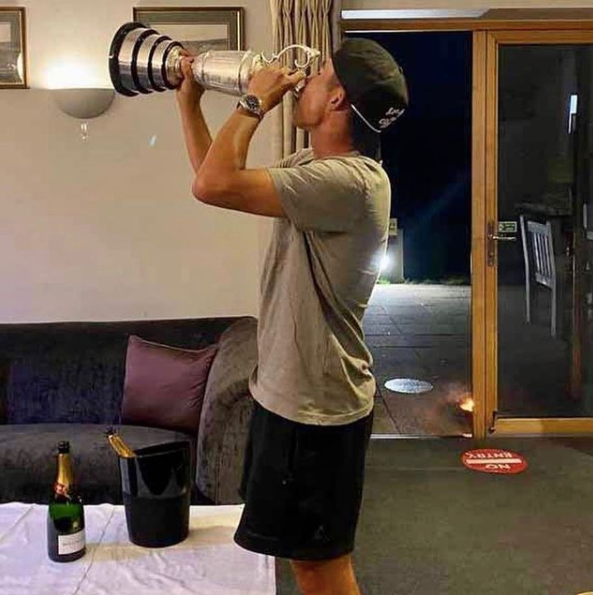 LA local, one of the SCGA's finest and oh yeah, Champion Golfer of the Year Collin Morikawa was spotted with the always classy trophy chug this week.

But what we're spotting is something even more impressive—our own LA City Golf hat!

Hey Collin, if Adidas isn't down with the bubbly chuggin', you've always got a spot on our team. Hit me up. Even if you just want to like play some G or something. I'm super chill, I promise. 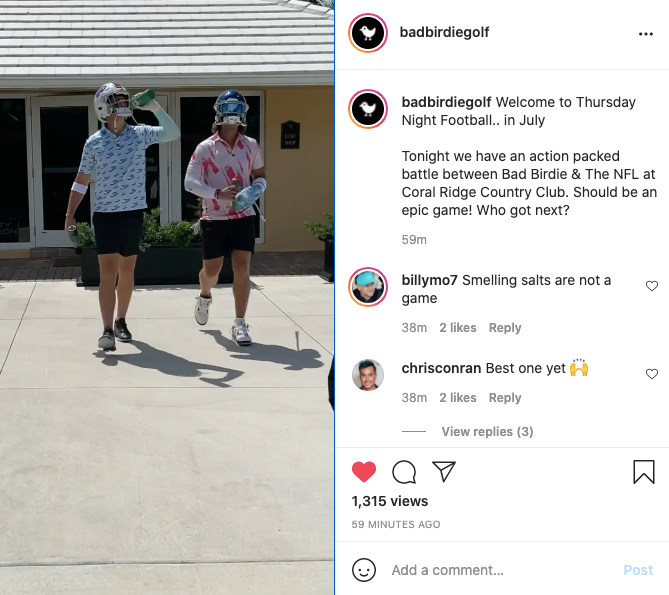 Well it appears the blessed life of Bill and Krooks continues to get more blessed as they shared the course with two NFL studs—Adrian Colbert of the Patriots and Jordan Poyer of the Bills.

The pairs squared off with tickets to a December Bills v. Patriots game on the line (who's going to tell Bill and Krooks about Buffalo temps in winter?).