A TASTE OF WHAT'S TO COME? 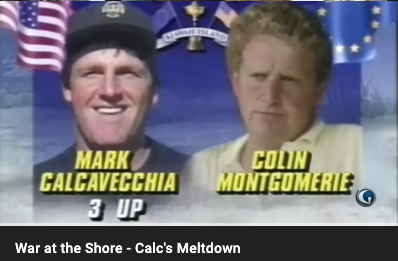 The year was 1991 and Mark Calcy-v was cruising to a match play victory in the Ryder Cup—hosted by The Ocean Course at Kiawah Island (conveniently the same course hosting the PGA Championship this weekend...)

Though as the subtitle teases, this cruise had some choppy waters ahead as Mark completed one of the most epic collapses I've ever witnessed.

And if this is any indication for the weekend, Kiawah could be a PROBLEM. Caddie Cribs: PGA Championship Edition 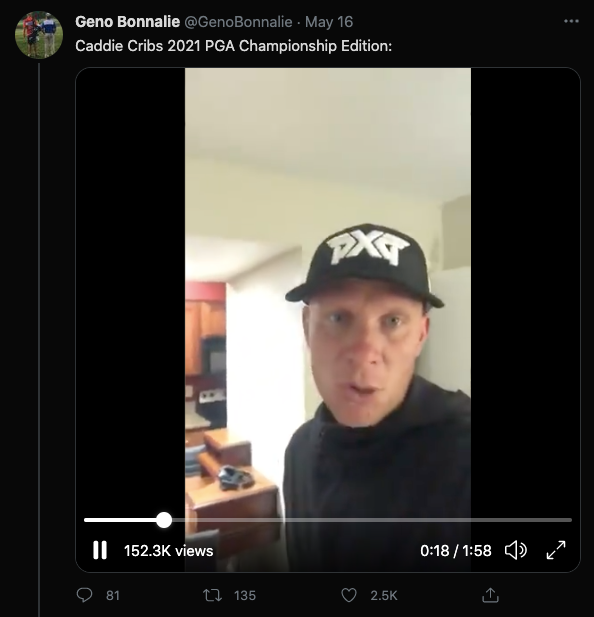 Geno Bonnalie, Joel Dahmen's caddy, has been putting out this series of Twitter videos he calls Caddie Cribs where he shows us around the DUMP hotel rooms he has to stay in while in tour.

TBH, there are moments of this that feel like the intro to the newest Paranormal Activity.

But he's got two phones at least? 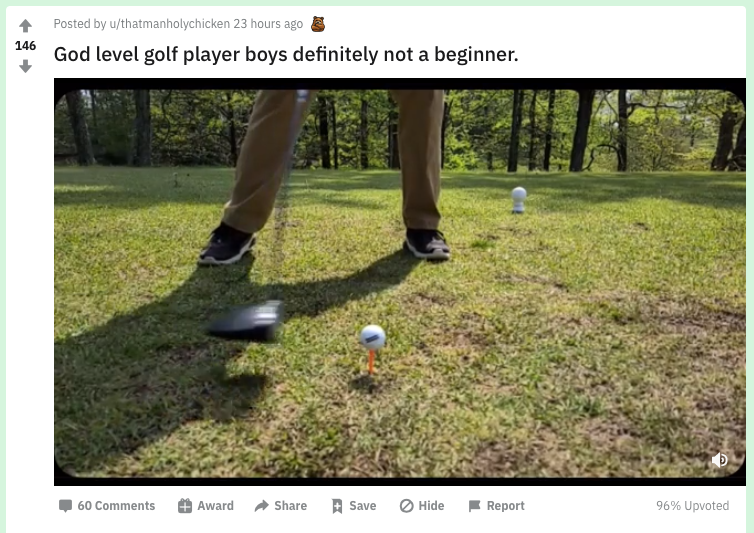 You already know where this was going as soon as you see him teeing off with a practice ball from the range...
FORE!
WORMS!
6 INCHES IN FRONT! 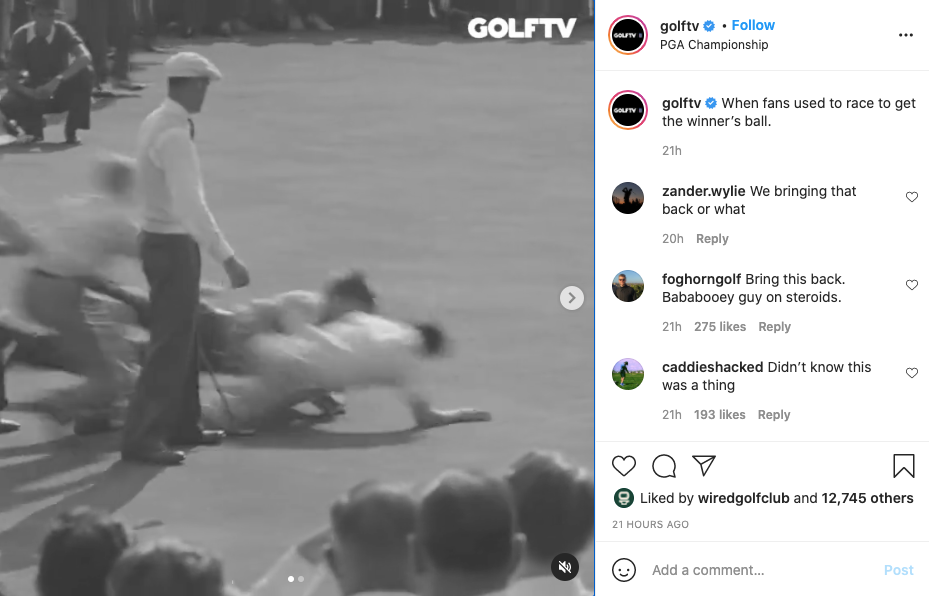 Back in the good ole days, when someone knocked in the winning putt at golf tournaments, it would kick off an all out brawl from the fans sitting just off the green to try and grab the ball out of the hole.

I don't know if we're adding this to the Masters any day soon... but if the Waste Management Open needed any additional wrinkles to get the fans even more out of control... 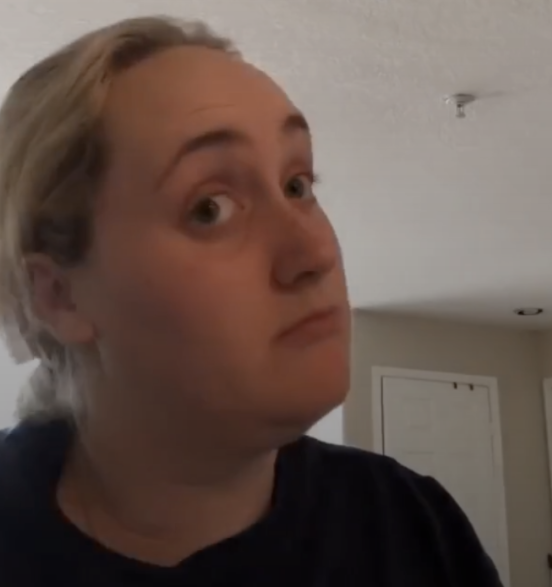 THIS ONE JUST HITS 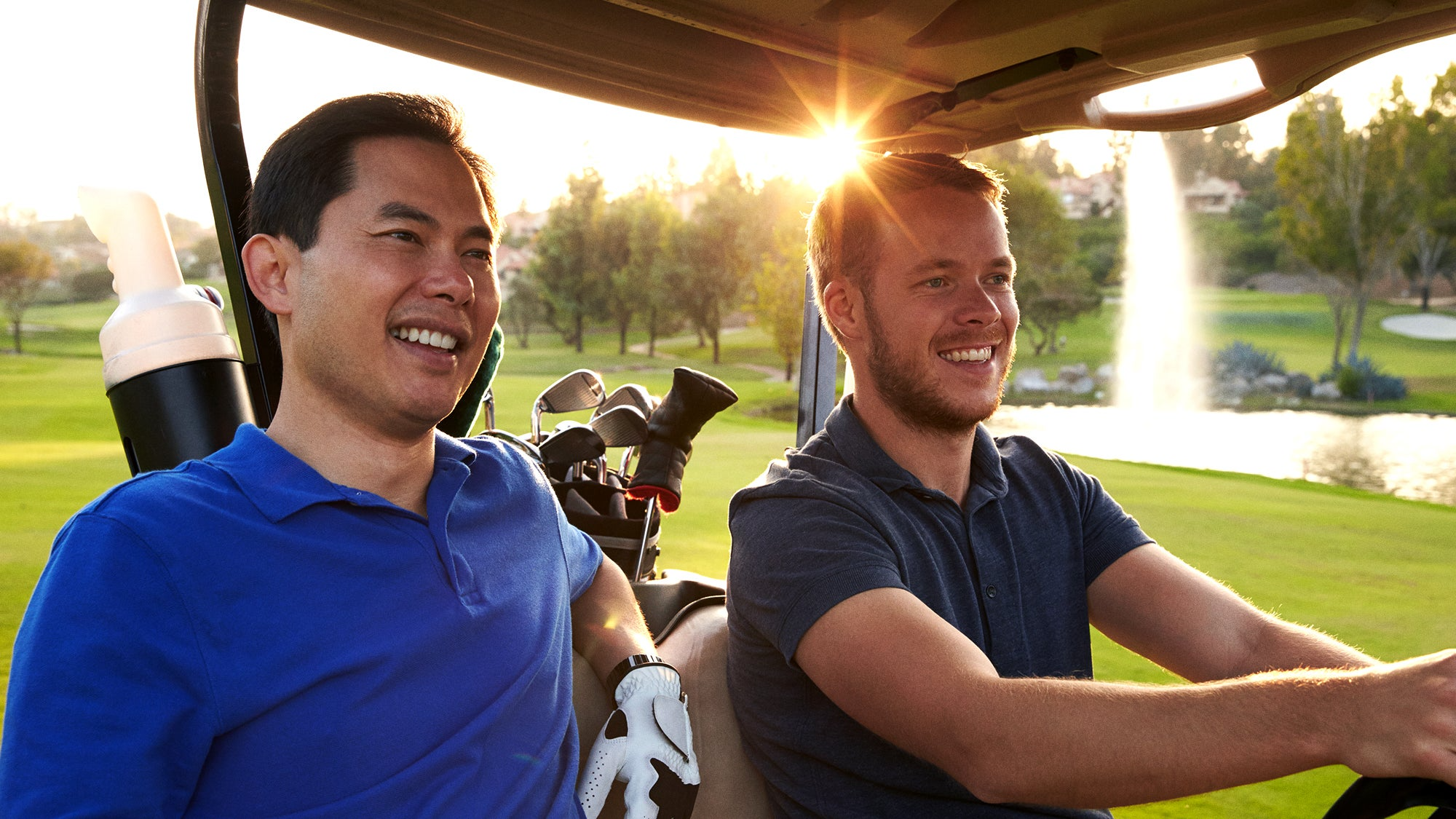 "This Is What It's All About, Boys" Says Man Hour Away From Complete Meltdown On Sixth Hole

Checking in with the BBTV fellas 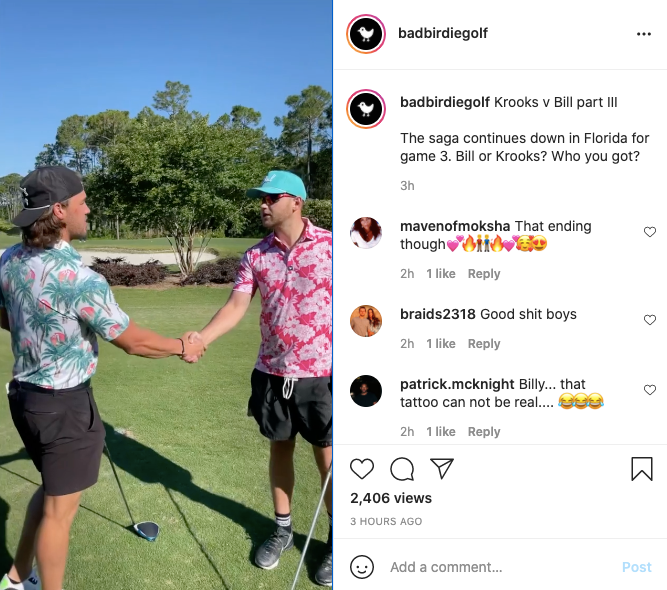 Just like the saying goes, if you're going to talk smack, you better back it up—by tattooing the name of the winner on the loser's back. LFG KROOOKSKYYYY

Watch these titans of the Bad Birdie airwaves square off for an epic Game 3 in the swampy confines of the F-L-A.