Welcome to the "Off-Coursing" Edition!

Maybe it's the ho-hum PGA wraparound schedule, the closure of courses for the winter season or the fact that I'm going to the auto show this weekend and have off-roading on the mind... but this week's edition skewed heavily to off-the-field activities.

So here we are.

Absolutely piping hot "goss" from the Desert Sun this week.

(Never thought you'd hear that as the lead for a BB, huh?)

Apparently, Dan Mechem, CEO of Nextlinks, is in advanced negotiations with the city of La Quinta to bring a first-of-its-kind golf arena to the Palm Springs area. The completely indoor stadium would feature 22 golf simulators and a short range area to play out each hole from 30 yards in.

I've been following this NextLinks company for quite some time as they offer what appears to be some of the best, most advanced indoor golfing tech this side of Topgolf. They seem to have solved the underlying issue I have with all golf simulators... the chipping and putting? Absolutely atrocious.

Plus, just look at this thing! Epic.

I can safely file this under small town stories that I will now be relentlessly tracking for the next few years—reading town hall meeting notes and downloading PDF presentations from NextLinks to the La Quinta city council.

More details to come as this story develops. Back to you in the studio.

Topgolf's ears must be ringing...
DUDE, YA CAN'T HUSTLE A HUSTLER 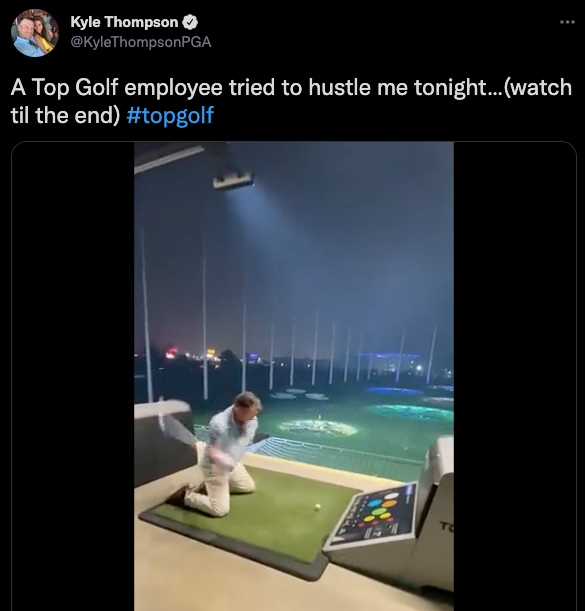 Coming courtesy of Golf Digest, it seems that Topgolf employee slash hustler Trace has been running himself a nice little side gig where he bets Topgolf customers that he can hit the child's driver farther than them.

And as the Twitter caption from Kyle teases... watch til the end.

The triumphant return of AirBB
THEY HAVE THEIR OWN SCORECARD?!?! 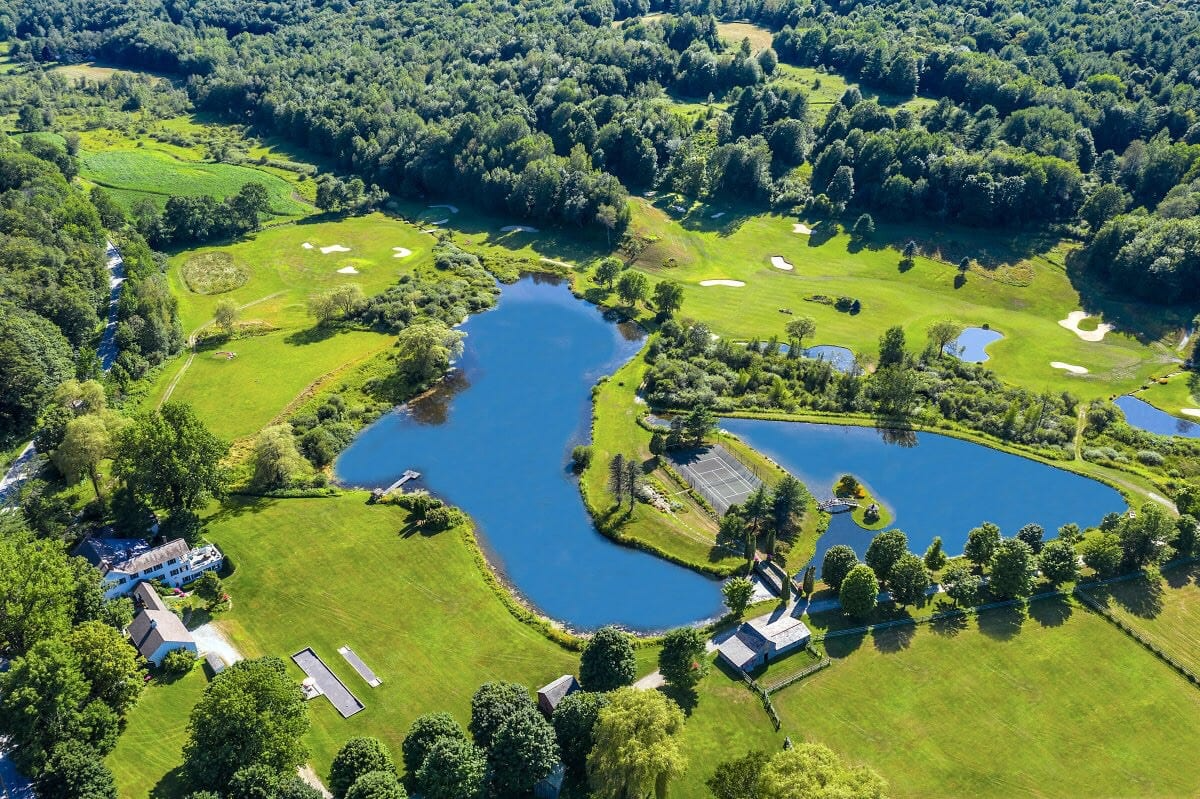 Allow me to introduce you to Honey Pond Farm Estate in Middletown Springs, Vermont.

This is a very real photo from the Airbnb listing. 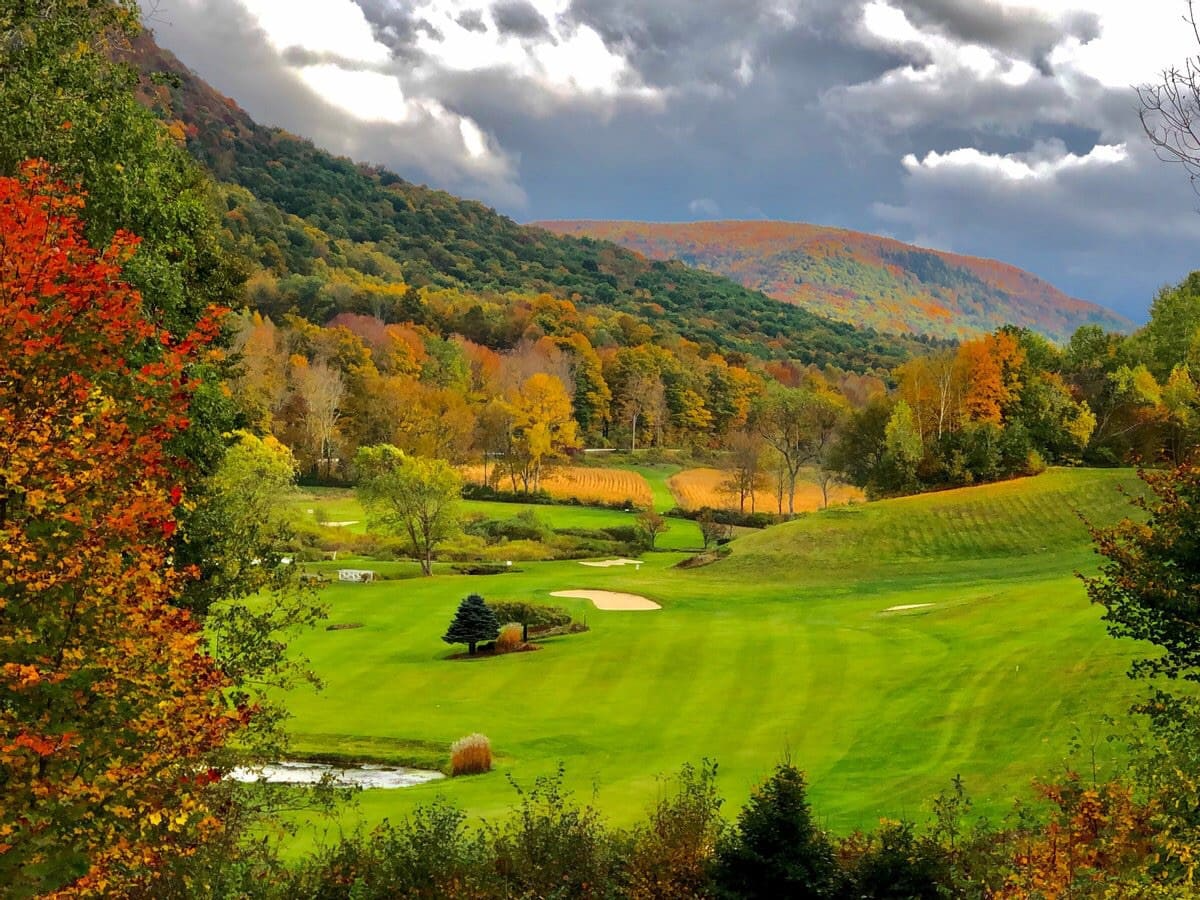 This is their back. yard. people. And to top it off, they even designed their own scorecard.

The need for this AirBB segment is officially done.

Appreciate you tagging me in Scott!

And yeah, I couldn't resist. I mean it's ISSUE 69!  Note to self, don't get cancelled here kid, we're just getting started. Be a grown up.

Do you know who won the 69th Masters? Cause I sure as hell don't, but S/O to the good folks over at wikipedia for the free content:

George Archer won his only major championship, one stroke ahead of runner-up Billy Casper.

Billy Casper got #2, and now you know where #2's with Bill came from.

While I have you, it's been a hell of a week for the Bad Birdie team. We had the grand opening of our first ever retail store today. So that was pretty sick. We had a big turn out; putting green, chipping practice, mickey ultra's, tons of Bad Birdie merch, and Thursday Night Football! Patriots -6.5 was the easiest bet of all time.

ANYWHO, the retail store is awesome, highly recommend you stop by if you're in the Kierland Commons area of Scottsdale.

I'm aware there wasn't a 69 joke in there. Again, it's been a pretty busy week. 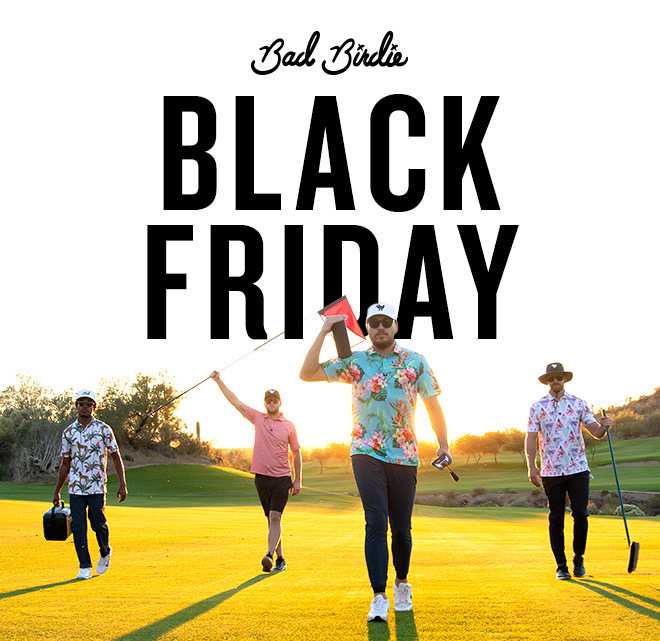